We saw on December 12, 2019 an article published by The Kansas City Star Editorial Board, republished below.

We congratulate the parents who rose to this occasion and The Kansas City Star on its in depth reporting of the background and sense of urgency.

Reasonable parents across Kansas and the nation in both rural and major school districts should be made aware of this response and share the need both for diagnosis and services for children who have dyslexia. All children who struggle to learn to read should be considered at risk. See our recent reaction to Kansas Dyslexia Task Force recommendations:

The remarkable Kansas City Star article can be read in its original form at:

BY THE KANSAS CITY STAR EDITORIAL BOARD

Cathy Denesia and Patrick Meraz moved to the Blue Valley School District hoping that its reputation as one of the top in the state of Kansas would translate into help for their three dyslexic kids.

Years later, even after the stay-at-home mom rejoined the full-time workforce, they’ve moved their kids to a private school and have thought about selling their house just to pay for the special education services they thought — and law seems to say — would be forthcoming from the public schools.

“We just told everybody, instead of Christmas gifts or birthday gifts, please help pay for school,” Denesia told The Star. “We’re not funding college education anymore because all of our resources are going to their school now. It has completely changed our lives to make it happen, and we’re at the point where we’ll sell our house if we have to, to make it happen because our kids have to learn how to read.”

Some 80 patrons signed a letter of concern to the district last year, and on Monday night, more than half a dozen distraught parents — representing a growing protest of perhaps 200 — spoke about their hardships during the board of education meeting. Asked to stand if they were there to support the parents, almost everyone in the audience — several dozen others — did.

Parents say their children have languished in a leading school district that has failed to test, diagnose and educate students with dyslexia and related learning disabilities. They maintain they’ve spent thousands of their own dollars on testing, tutoring and transportation, with very little help from the school district — even when administrators have been handed privately paid-for testing results.

One teacher, oddly enough, lauded Denesia for her efforts but suggested the district’s money should go to families in which parents weren’t doing as much for their kids. Denesia and Meraz said a principal told them to wait until their oldest child got further behind in school so she’d be more eligible for services.

“They wouldn’t evaluate her,” Denesia said. “They wouldn’t test her. They kept saying, ‘She’s fine, she’s fine. She’ll be fine.’”

It was only after they pulled their kids out of school that Blue Valley offered to provide testing. Even then, Denesia said, the district wouldn’t explain what services might be rendered if the kids reenrolled. “They just kept saying, ‘We’re not required to tell you what the intervention would be. We’re not required by law to do that.’”

Denesia and another parent of three dyslexic students, Alisa Matteoni, have both gone so far as to undergo dyslexia intervention training themselves — Matteoni so she could tutor her kids herself and avoid devouring her family’s budget on expensive outside experts. Like Denesia and Meraz, Matteoni had put more stock in Blue Valley’s superior reputation than she now feels is warranted.

“We had this belief that we are going to Blue Valley — I mean, top district in the state of Kansas. They are going to have the resources. We are finally going to get the help we need,” Matteoni told The Star. “I walked in there and handed them the diagnosis of dyslexia for three kids. And that was it. They did minimal testing. They have never, in those four years, addressed (the oldest child’s) reading disability, or his writing disability, that they’ve had in their hands all along.”

Instead, the district suggested Matteoni pay for a college readiness course at a community college after graduation. “And I’m, like, this is hilarious,” she said. “You’re fully admitting that you’ve given my child no study skills. Now I’m going to pay for another institution to teach him the study skills?”

The benefits of reading skills should be evident enough to educators: Some 85% of youths caught up in the juvenile courts are functionally illiterate, 70% in adult prisons can’t read beyond the fourth-grade level, and most who never read above that level will end up either in prison or on welfare.

Educators should also recognize the barriers parents face in seeking help for dyslexic kids, and should be the first to knock those barriers down — from embarrassment, to fear, to a lack of knowledge of what services are not only possible but mandatory.

These parents aren’t a vocal few. It’s believed 1 in 5 American students has a language-based learning disability such as dyslexia. In Blue Valley, that works out to nearly 4,500 students. Reaching out to parents is infinitely more called for than rebuffing them.

Yet, Denesia, Meraz and Matteoni, as well as others who’ve mobilized to prod Blue Valley to do more — while it touts offerings such as Chinese immersion education in several elementary schools and floods the area with gyms and playgrounds — say some parents are afraid of retaliation by the district if they step forward to speak up.

The district must make clear the fear is unjustified.

In a written statement to The Star, Superintendent Dr. Todd White noted last year’s creation of a District Dyslexia Committee composed of parents and administrators, and said that “we are also on target to meet, or have already met, all state dyslexia benchmarks.” Still, he added, “We recognize there is more work to be done.”

“Clearly we have work to do,” a somber president Cindy Bowling told parents after their emotional pleas to the school board, adding that dyslexia was a topic of discussion at a board workshop earlier that day.

Denesia said they bought a home where their kids could walk to a Blue Valley school but ended up having to transport them elsewhere to get their childern the education they needed.

This alone should prompt frenetic action by an embarrassed district.

Click below to view a related video by UC Merced Professor Jeffrey Gilger who has studied dyslexia for 20 years, from days of seeing it as a disease to recent research showing those brains are built differently, creating some potential advantages as well as their signature reading challenge. BY MCCLATCHY

Click below to view: A tearful Clark Davis, Miss Kentucky 2015, who said she has dyslexia so severe that sometimes she can’t spell her own name, testified last week in favor of General Assembly bills that would help school districts identify young students with dyslex BY MCCLATCHY 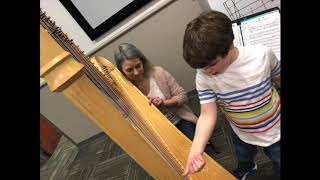 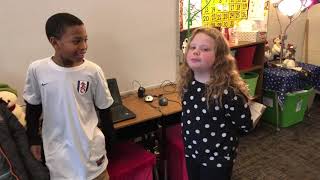 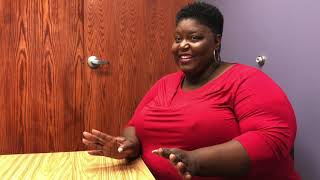